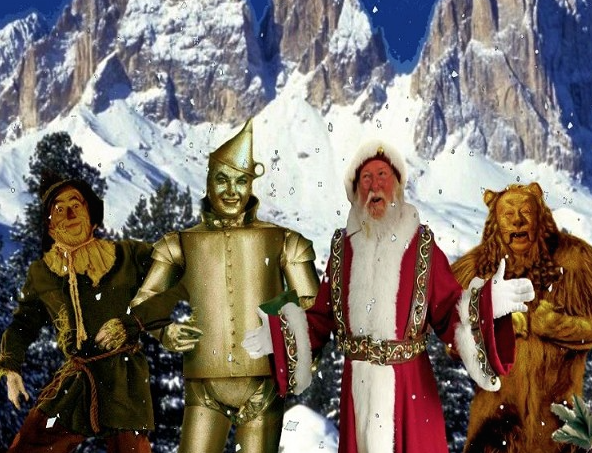 Climate change sure is fun in the land of Oz

On November 13th, 1998, (Friday the thirteenth) a special edition of “The Wizard of Oz was presented on the big screen. Oz is a land where macho does not exist; Pipsqueak-voiced Munchkins, a Wizard who turns out to be a fake weenie, a Cowardly dandy-Lion, a weepy Tin Man, and a gayly dancing Scarecrow with disintegrating fists, make-up the wimpy, casper-milk-toast characters. Luckily, in every good story there is always a villain, a masculine force to be reckoned with and the Wicked Witch of the West plays the ideal feminist who can take the lead.

Eerily, the Obama administration seems to be following a progressive, delusional Oz-like script, where ‘Emerald’ D.C. is headquarters to a somewhere over the rainbow-lit White House with a fake weenie wizard president whose name is Barack Oz-bama. The wishy- washy Oz-bama crew even has its own masculine force to be reckoned with, Miss Valerie Jarrett Gulch, who clearly wears the pants in the feckless cast of sissy characters.

Coincidentally,on November 13th, 2015 ( Friday the thirteenth) in an interview on Good Morning America, Oz-bama declared on the big screen that ISIS “has been contained.” “I don’t think they’re gaining strength,” Obama said of ISIS. “What is true, from the start our goal has been first to contain and we have contained them.” (I am not a scientist, but how can you contain ISIS in a border-less world?) 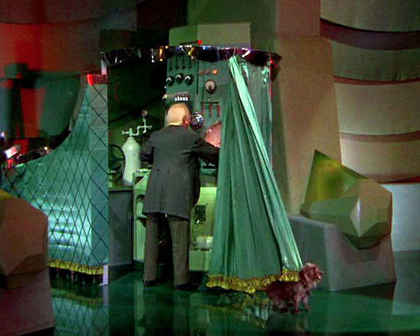 That same morning in Paris, Al Gore, Chairman of the Climate Reality Project, was present at the Eiffel Tower in France to host a global broadcast of “The World is Watching” a live 24-hour program to discuss climate change, a topic that Barack Oz-bama feels is the number one global threat, a narrative that suits both Al and Barack in their pursuit of an elite controlled NWO.

Al’s riches when in office were a paltry $1.7 million and are now estimated at $200 million and counting. According to a 2012 Washington Post article, Al’s rise to riches first began when Obama became elected. Gore benefited largely from the Obama administration’s doling out billions of dollars to alternative energy companies he owned stock in or through his partnership with Kleiner Perkins Caufield & Byers (KPCB), which made large investments in clean-energy startups. Gore’s portfolio aligned well with the agenda of Obama’s incoming administration and its plan to spend billions in stimulus funds on alternative energy. Al even claimed that the shift to renewable energy. “is the most exciting source of hope.” (God may disagree with him on that at the Pearly Gates)

After dumping his only green tech company, at a $165.9 million dollar loss, Gore promptly turned from green to surrender white, and offered a clear message to his investor’s; stay away from alternative energy. Although Gore, along with David Blood (Blood and Gore) founded the investment firm ‘Generation Investment Management’ (GIM) which claims to “embed sustainability into the mainstream capital markets, as of 3/15 Gores firm had only one clean tech company out of 30 funds listed in his portfolio.

One trust in Gore’s GIM’s portfolio is SPY which holds Apple computer shares valued at $13,360,688 million; his total gross options and shares total $45.6 million. Tim Cook, Apple’s CEO, has been very public about his company’s commitment to relying on 100% renewable energy for all its data centers, but most of its products, are assembled overseas where pollution controls are lax or non-existent, and power primarily comes from coal-fired power plants.Coming in second is Exxon, a fossil fuel company making up 49.81 shares.

Rep. Fred Upton (R-Mich.), who chairs the House Energy Committee, said Gore’s portfolio “is reflective of a disturbing pattern that those closest to the president have been rewarded with billions of taxpayer dollars . . . and benefited from the administration’s green bonanza in the rush to spend stimulus cash.”

There is no doubt about it. Oz-bama and accomplice, polluted Al, are actively “cleaning-up” the earth’s dirty green money at a stellar rate.

On the same day, while the “World was Watching” Al, Islamic Jihadists were plotting their own take on climate change, hoping to change the trusting climate of life in downtown Paris forever. On that day, in seven coordinated terror attacks, female and male Islamists killed at least 129 people in a bloody massacre of diners, concert goers, and Stade de France spectators.

With seven suicide bombers dead, seven others under arrest and at least one man on the run, 15 men have so far been linked to the Paris attacks, but CCTV footage suggests that there may have been a ninth attacker, who is still at large. Belgian intelligence officials have suggested that up to 20 people may have been part of the terrorist cell that planned the attacks. A passport found near one of the suicide bombers was used to register a refugee, a fake passport that no one picked up on as the Muslim made his way through Europe, surely aided by his fellow Jihadist refugees.

Francios Hollande has declared “France is at War” “This is not a war of civilization as these assassins don’t have any. This is a war against the jihadist menace that threatens not just France.”

Last Sunday, two days after the attack, Oz-bama attended the G20 summit in Turkey. As leaders participated in a somber moment of silence for the victims of the ISIS attack, Oz-bama embarrassed the United States by showing up late and missing the short memorial. At a news conference there later in the day, when pushed for his solution to the terrorism, Oz-bama was quoted as saying, “ “What I’m not interested in doing is posing or pursuing some notion of “American leadership’ or America winning that has no relationship to what is actually going to work,” he said and called the attacks a “set-back”

Now that Oz-bama has his soft, weenie, wizard role down pat, it is time for him to re-invent himself. After singing at a funeral in Charlestown, South Carolina for Rev. Pinckney, where he pompously stole the “funeral show” by singing Amazing Grace, a grace that he thinks may even save a wretch like him, Oz-bama is now fully prepared to leave the imperial capital of Emerald D.C. and pursue a musical career. His opening act should be a huge hit…”just laughing’ and gay like a clown.”

The happy ending to this tragic tale is that the Wicked Witch of the West, Miss Valerie Jarrett Gulch is flattened by a HAARP created tornado, climate change is discredited as nothing more than government propaganda, and Barack Oz-bama eventually chooses the right fork in the yellow brick road to impeachment… while the entire world celebrates the sudden breathtaking change in the climate. 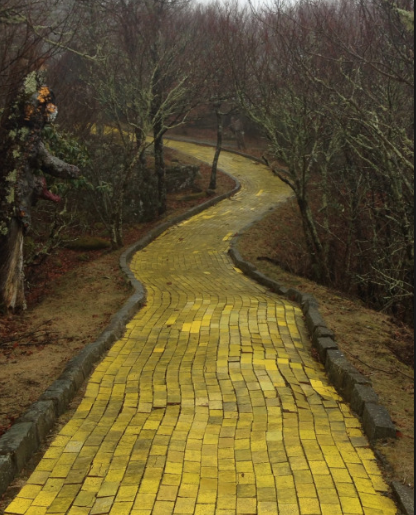 That is when I awoke from my dream.

“Yes: I am a dreamer. For a dreamer is one who can only find his way by moonlight, and his punishment is that he sees the dawn before the rest of the world.”
― Oscar Wilde

3 comments on “Climate Change In France”