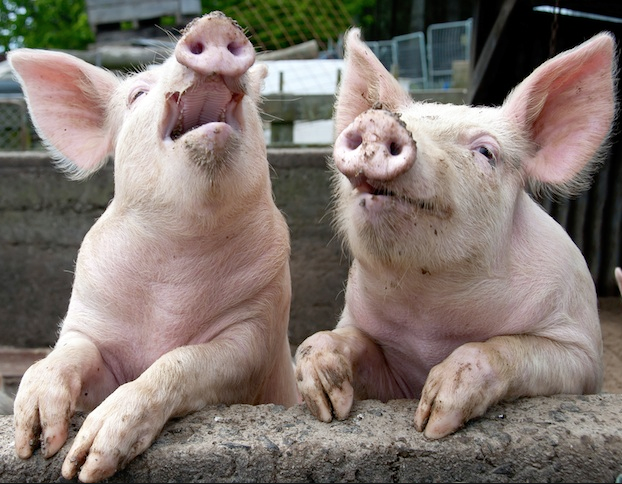 The rancor of the GOP toward Donald Trump and his supporters should send a chill up every conservative’s spine. The Republican party’s out of control displays of desperation and paranoia have given Americans a ‘peeping Tom’ view into the political underworld of boorish hacks who through the use of cultish cronyism are directing a nationwide campaign of voter intimidation, shameful bureaucrats who are obviously driven by greed rather than good governance, secularism rather than inspired providence.

The GOP has become a pernicious parody of its former self, a party that no longer represents ‘We The People’ but instead represents a profound selfishness driven by pompous piggishness, a party that has whored itself out to the Democrat party, an incestuous relationship that has resulted in the impregnation, birth and emergence of a mutated single party made up of anti-American, pathological liars intent on bringing about a One World Order.

With the exception of a few righteous statesmen,The GOP, or ‘Grand Old Porkers’, is nothing more than a swineherd who slops off their conservative base and then use their fatty porcine muscle to grease and fill the swill buckets of their fellow fascists, and in this election year, immobilize pig parasites like Mitt Romney to do their stinky work, expecting Piggy Mittens to use his sniveling old snout to snort and dig up dirt to help alter the outcome of elections.

Time is up for the Grand Old Porkers, too much is at stake for ‘We The People.’ Will the Porkers and their brethren Democrat pigsty swine install Supreme Court nominee Merrick Garland, a judge who is anti-gun, after all, every astute political hog who works at the stink ridden Capitol Hill Pig Pen knows that their worst predator is a well armed American!

“What country can preserve its liberties if their rulers are not warned from time to time that their people preserve the spirit of resistance. Let them take arms.”- Thomas Jefferson, letter to James Madison, December 20, 1787

If the Grand Old Porkers and crony capitalist controlled media think they are going to sway this presidential election, they are sadly mistaken! The American people are sick and tired of their political charade and of their hoofing mud into the faces of ‘We The People’ who pay the bills to support their heathen hog heaven lifestyle.

With the help of Senator Jeff Sessions (R-AL) there was a scheduled “unity” meeting with the GOP on March 21st. Time will tell if the establishment’s squeals and oinks will amount to anything.

Perhaps our establishment politicians should get back to the basics and learn the Pledge of Allegiance to the United States of America without stuttering, maybe then ‘We The People’ may begin to trust them once again.