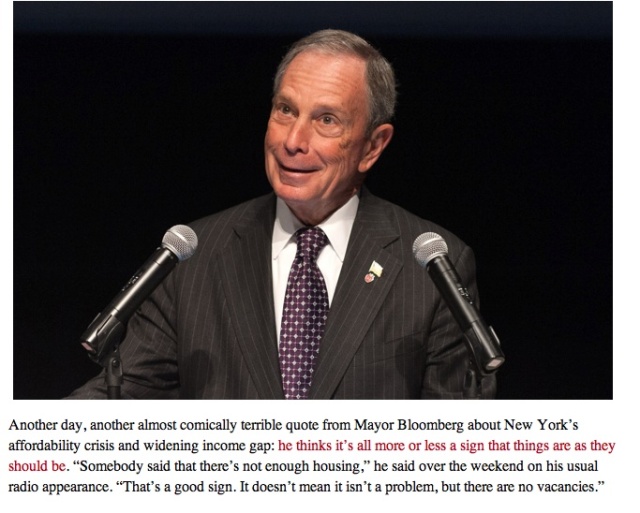 The great divide between the wealthy and poor in America continues to widen as the rich get richer, the middle class vanishes and the poor become destitute. New York City and Washington D.C. are the financial and political faces of a two-faced government that uses the guise of philanthropy and humanitarianism to augment its power and the fortunes of the upper crust, fascist, venture corporatists.The top 10 percent of Americans took more than half of the country’s total income in 2012, the highest level recorded since the government began collecting the relevant data a century ago, according to an updated study by the prominent economists Emmanuel Saez and Thomas Piketty. The top 1 percent took more than one-fifth of the income earned by Americans, one of the highest levels on record since 1913, when the government instituted an income tax.

As more and more lives are being destroyed by Saul Alinsky ideology and Neo-Leninism, more and more meaningless awards are being given to ultra wealthy charlatan philanthropists who seem to bask in the “perceived” verification of their public “goodness,” while they continue to rape America and its helpless citizens. “Conscience laundering” award ceremonies continue to flourish while these billionaires donate millions to each others global causes that help support a New World Order, where power and financial profiteering are infinite. As Leo Tolstoy wisely stated, “Everyone thinks of changing the world, but no one thinks of changing himself.” We are inundated with leaders of “good will” who profess to make everyones lives better, while in actuality, their own fortunes continue to elevate to new heights while the average American’s standard of living continues to decline. Even Jay Gatsby would be impressed by this new age of “Gilded Gouger Globalists”

New York City Mayor Michael R. Bloomberg, 13th on the U.S. billionaires list of 2013 will be the inaugural recipient of a new Genesis Prize Foundation award organizers are calling the “Jewish Noble Prize.” The Genesis Philanthropy Group (GPG) established the prize with the stated aim of “recognizing exceptional human beings who, through their outstanding achievement come to represent a fundamental value of the Jewish people, a commitment to the betterment of mankind.” The charity was founded by Russian Jewish billionaires who donated $100 million to pay for the prize for years to come.

Why Bloomberg? As Bandit Bloomberg gets ready for the end of his rein, the Coalition for the Homeless, a leading advocate for the homeless in New York City, states that during Bloomberg’s twelve years as mayor, the number of homeless families went up seventy-three percent and one child out of every hundred children in the city is homeless. Manhattan is now America’s most expensive urban area to live in and Brooklyn the second most expensive, while more than one in five New York City residents live below the poverty line. Nearly one in five experiences times of “food insecurity” in the course of a year, sometimes not having enough safe and nutritious food to eat. In addition, years of deferred maintenance and inadequate facilities funding have taken a toll on New York City’s public school buildings, having disastrous consequences for some of Bloomberg’s most vulnerable populations. Students from the poorest families and neighborhoods attend some of the most neglected school buildings in the city. The poorer students are generally nonwhite, so this disparity in conditions predominantly affects Black, Latino and other nonwhite schoolchildren.

So, why is Bloomberg slated to receive the first prize of $1 million dollars? Could it be that over the past four years, billionaires from Russia, where not only the middle class is missing, but the millionaire class is missing, have been heavily investing in New York proper and the Hampton’s area of Long Island, the famous vacation turf of New York’s elite, including the mayor himself, former mayor Rudy Giuliani, Bill and Hillary Clinton and many others. Could it be that New York City looks the other way when foreign investor’s park their vast amounts of cash there? Edward Mermelstein, a lawyer who represents many foreigners in large real estate deals said, “New York condo boards do not typically scrutinize where a buyer’s money is coming from,” and Russians are very circumspect about their stashes of cash. Could the award have anything to do with the innate survivalist desire of Russians to be on good terms with their host government, or that most billionaires are prospering these days by cultivating and mining political connections with each other, rather than by creating new industries? Maybe billionaire Bloomberg, who has all ten fingers and toes in the proverbial billionaire political pot is the perfect candidate to receive the Jewish Nobel Prize!

New yorker Hillary Clinton would not dream of running for the presidency this year without campaign donor, money bags Bloomberg on her awards list, so she and Bubba bestowed Bloomberg with the annual “Clinton Global Citizen Awards” for his vision and leadership in addressing global problems. I guess the Clinton’s need to keep up to snuff with their political billionaire connections as well. Meanwhile, Jeb Bush kept Hillary busy by honoring her with the “Liberty Medal” from the National Constitution Center, where Jeb is the the chairman of the board of trustees. The Liberty Medal was established in 1988 to commemorate the bicentennial of the U.S. constitution. Given annually, the medal honors men and women of courage and conviction who strive to secure the blessings of liberty to people around the globe. Huh? What about the fact that it was under Clinton’s watch that the attack in Benghazi occurred, killing the U.S. ambassador to Libya and three other Americans? I guess Jeb must have realized how much courage and gutless conviction it took to totally ignore helpless dying Americans in their time of dire need? Six recipients of the “Medal” subsequently have won the Nobel Peace Prize. Is it possible that Hillary will be next? The way Nobel prizes are being handed out these days to recipients like Mayor Bloomberg and Barack Obama, you have to wonder if it is time to update the name of the award to “Ignoble” Prize!

While these wealthy do-gooder political hacks continue to pat each other on the back, receive their baseless awards and try to pretend that their global philanthropy is saving the planet, the average God loving American is more focused on the bigger picture and the ultimate award. “Now there is in store for me the crown of righteousness, which the Lord, the righteous Judge, will award to me on that day – and not only to me, but also to all who have longed for his appearing.” 2Timothy 4:8  The prestige accompanying God’s award is authentic and priceless.

2 comments on “The Hypocrisy of Liberal Do-Gooders!”