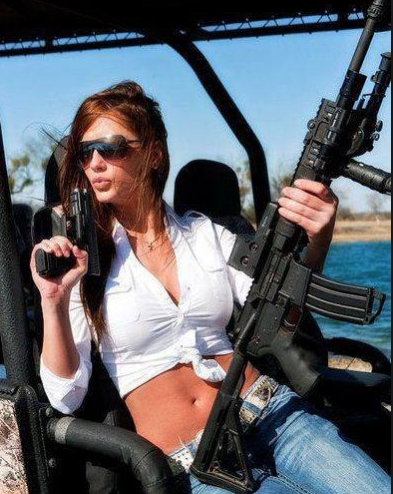 The Muslim invasion taking place here and abroad is not immigration, it is the ‘Occupation’ of thousands of young testosterone aggressive males who someday hope to meet virgins in Muslim heaven by pillaging and murdering infidels to create an Islamic Caliphate. For every one legitimate “refugee” there are 99 male Muslim occupiers who are busy setting up terror cells in their host cities. Rape has skyrocketed, an alarming by-product of Islam’s war of domination.

The Koran states, “O Prophet! Tell your wives and your daughters and the women of the believers to draw their cloaks all over their bodies that they may thus be distinguished and not molested.”

In Pakistan, the Grand Muslim Mufti says, “If you take uncovered meat and put it on the street, on the pavement, in a garden, in a park or in the backyard, without a cover and the cats eat it, is it the fault of the cat or the uncovered meat?” “The uncovered meat is the problem.”

In Germany parents are being warned to tell their daughters to wear “modest clothing” to avoid “misunderstandings.” Misunderstandings? The misunderstanding that a rapist is excused on account of his culture and religion? The situation has gotten so bad in the refugee camps that these Muslim cock-roaches are raping their own women and children, treating them as “fair game,” because in their culture, women are inferiors.

Islamic rapist occupiers have invaded the borders of Germany, Hungary, France, Sweden and Austria, to name a few. Sadly, obtaining a firearm to ward off these uncivilized barbarians is practically impossible for the average citizen in Germany, Britain, Denmark and the Netherlands. For example, Germany’s stiff rules require a psychological evaluation, the purchase of liability insurance and verifiable compliance with strict firearms and safety rules.

Thanks to Europe’s political correctness, small Austrian towns have been virtually decimated by the garbage and feces left by refuge-seeking Muslims and women are “continually berated as Christian whores.” The laws in Austria are a bit less overbearing regarding guns and “Virtually all shotguns are currently sold out because you need no permit for them,” says Thomas Ortner, spokesman for an arms dealer in Upper Austria. For every other type of weapon a license is required. License courses, in which applicants must demonstrate knowledge of firearms used to take place every five weeks but they are now held weekly because of the spiking demand.

In countries like Norway, there has been an increase of people who sign up for hunting license courses in order to buy guns and for the first time in history, women outnumber men at the courses.

In Sweden, it is illegal for a civilian to carry a firearm, unless for a specific, legal purpose such as hunting or attending shooting ranges. Besides hunting, another common reason for gun ownership in Sweden is collecting. Gun ownership may also be granted for reasons of sentimental value or as decoration. It is considered a privilege, rather than a right, to own a firearm in Sweden.

Reported rapes have increased 11 percent to 6,700 crimes in a single year in Sweden since it swung its doors open to mass immigration. “Among other things, Muslims are being promised their own free young willing blond Swedish girlfriend if they manage to illegally get all the way to the promised land in northern Europe” and are told that ““Swedish women require real men.” Sweden’s neighbor Norway claims that 100 % of all rapes in the last five years were committed by immigrants from “non-Western” countries.

All over Europe, self-defense is no longer a dirty word. Alan Gottlieb, executive president of the Second Amendment Foundation just recently returned from a gun rights event in Europe and can say first hand that people in Europe now wish they had a Second Amendment.

The United States of America does have a Second Amendment and the latest prisoner surveys estimate that 3,600 rapes a day are never attempted because the victim either showed a gun, said she had a gun, or the rapist thought the victim had a gun. Muslim misogynist, testosterone charged jihadist rapists better beware that citizens here do have the right to own and carry guns and American women do not hide under dark robes of intimidation and submissiveness, but live in a culture where they are respected and their concealed weapon is a badge of courage and empowerment.

In America, the ground rules are different; the Constitution protects, where Sharia Law neglects, and even though D.C.’s dark “swampy foggy bottom” high offices full of liberal, night crawling, blackmailed, cowardly men give the world the impression that American males are infertile eunuchs who are the equivalent of the “Marlborough Man” dressed in drag, the overwhelming majority of men in America are conservative cowboy’s who know how to saddle up and get the job done….whatever that job entails. Real men.

Infidel American women find the current wave of Muslim immigrants not “real men,” but revolting, ungrateful, lazy, vulgar, impotent men whose sperm is not used for love, but as a weapon to inseminate and breed more Muslims; dirty, camel-pee-drinking Muslims who believe rape is a crime for a woman, but not for a man.

If provoked with the misappropriation of her body and dignity, the armed American woman will reward the immigrant rapist by putting their highly undesirable, shot off, Muslim “sausage” into the meat grinder for use as dried beef jerky, aptly labeled “Jerk -Off,” and will be fed to the other would- be rapists occupying our refugee centers.

Some of the Muslim “sausage” may even end up as bacon, draped over the end of an M16, a breakfast fit for infidel survivors. Life is good when you are a smart conservative American woman. May God bless the Second Amendment.