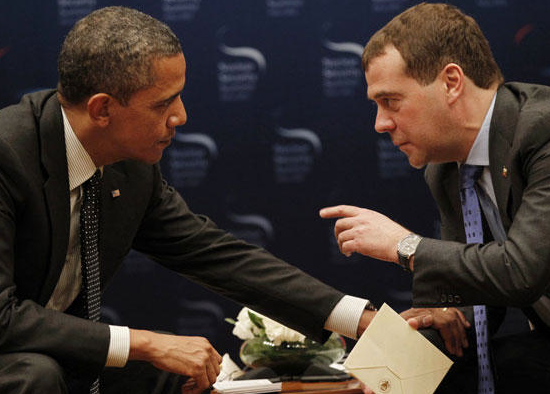 The Russians Are Coming, The Russians Are Coming is an hilarious 1966 comedy about a Russian submarine that runs aground a sandbar on a small New England Island. Rather than radio for help, the Russian Captain sends a nine man team to find a motor launch to help free the submarine. The men arrive at the house of Walt Whittaker (Carl Reiner) to find Walt, his wife and two children, obnoxious nine and half-year old Pete and three year old Annie. Pete tells his dad that “Russians with machine guns” dressed in black uniforms are near the house, but Walt is met by the men who identify themselves as Norwegian fisherman. Walt buys this and to teach Pete a lesson about judging others, asks if they are “Russians with machine guns”, which startles Rozanov into admitting that they are Russians and he pulls a gun on Walt. Rozanov promises no harm to the Whittakers if they hand over their station wagon and provide information on the military and police forces of their island. The sailors are surprised to learn there are no military or police forces on the island. The movie evolves into a madcap farce full of townspeople who form a militia and inept Russians who fumble their way through town. In the end, the Russians and townsfolk become friends and the submarine proceeds to deep water and safety.

A movie is one thing…reality another. Is there a possibility that one day the Russians could end up on our shores? As the immigration crisis continues to unfold and capture the attention of the American people, international corruption and Russia’s presence in Latin America continues to go quietly unnoticed.

In June of 2004 during an official visit to Mexico by Russian President Vladimir Putin a number of documents were signed to strengthen their relations, including the role of the United Nations as the central mechanism for their joint regulation and to combat drug trafficking and transnational crime. Two combined intergovernmental commissions were set up: one on economic, trade, science and research cooperation and sea navigation, and the other cultural cooperation. By 2013, trade between Russia and Mexico reached a record-breaking almost 1.6 billion USD, a 200 Per Cent increase in the period between 2008 and 2012. This allowed Mexico to move to fourth place among Russia’s Latin American partners (after Brazil, Argentina and Ecuador) Also Guatemala’s Foreign Minister, Luis Fernando Carrera Castro said, “I would like to note that Russia ranks third for investment in the Guatemalan economy,” “This means that Russia makes two times more capital investment in our country’s economy than Mexico, for instance.” In 2013 Honduras opened its first ever embassy in Moscow and this past April Putin sent two Russian intelligence ships to the Caribbean to engage in naval exercises with forces from Nicaragua and Honduras. The exercises were to focus on enforcing the drug smuggling channels in the territorial waters of Latin America states. (great excuse)

As the takeover of Ukraine by Russian forces continues, Mexico is taking notes. Never to be trusted Mexico has been keeping a close eye on the developing events in Ukraine’s Crimea peninsula. Russia has maintained that annexation of the Crimea peninsula is justified because it has the right to protect Russian speakers outside of Russian borders. In a similar way, Mexico has begun enthusiastically supporting language protection for linguistic minorities, as stated by a Mexico City diplomat at the United Nations Humans Rights Council. “Language must not be used to segregate and isolate groups.” The diplomat said Mexico has the right to protect Spanish speakers who have migrated without documentation to the United States in search of economic opportunity. He further noted that unlike in Ukraine, these migrants very often remain full Mexican citizens. Mexico held parts of Texas, New Mexico and California before losing the land to the United States as a result of the Mexican-American war. Could Mexico be eyeing that “territory” with the same guile as Putin with Crimea? Lately, anything is a possibility…especially when the United Nations is involved.

As a matter of fact, the United Nations isn’t happy at all that Americans have the right to fight against an invasion at our southern borders and is desperately trying to find a way to classify the invasion in a manner that would afford those committing the crime of illegally entering the U.S. some sort of legal protection. U.N. protection to the thousands of Central Americans crossing the U.S. border into Mexico illegally includes defining them as “refugees”who are seeking asylum from political and domestic violence in their home nations.

Russia’s push into Ukraine has put many on edge. But less known is that Russia is also strengthening its military links south of the Rio Grande and re-establishing itself as a power in that region.Vladimir Putin has been strengthening military links there and Russia is now the largest arms dealer to the governments in Latin America, surpassing the United States.

Even more revealing is the latest initiative by Putin to team up with China in the construction of an interoceanic canal in Nicaragua that gives Moscow a tremendous foothold in Latin America and where he plans to establish a base in Nicaragua to refuel aircraft and port calls for Russian warships. Russia’s military initiative and prospect of involvement in building a new canal come as Iran similarly has announced that its own warships will be patrolling waters off the U.S. coast and will use ports in the same countries. Alarmingly, the planned Nicaragua Grand Canal project does not have a “declaration of neutrality” and therefore, in the event of a conflict, this maritime route would not remain neutral and in fact allows for the establishment of a military base. In addition, the legal framework surrounding the canal allows for conducting “business without paying taxes,” Victor Hugo Tinoco, a Nicaraguan opposition deputy, told the newspaper La Prensa. Tax free money and potentially large deposits of natural gas in the Caribbean Sea near Nicaragua have also peaked Russian interest.

The underlying concern of Nicaraguan President Daniel Ortega is that Nicaragua could turn into a Russian base of operations.“ “They are well-tested instruments by which Moscow seeks to permanently leverage ‘friendly states’ into partners or, more bluntly, clients.” Ortega should perhaps educate Obama on this valuable insight. In 2014, are the Russians our friends? In the months since the United States imposed sanctions on Russian businesses and close associates of Vladimir Putin, an odd thing has happened: U.S. exports to Russia have risen. U.S. Census Bureau foreign trade data show that exports rose 17 percent from March through May, the most recent months for which the data is available, compared with the previous three months, before sanctions were imposed. Russian markets account for less than 1 percent of U.S. exports, but what the U.S. sells to Russia is largely high-tech and expensive goods, including technology and equipment for the energy sector, which has faced the threat of targeted sanctions, but was not officially sanctioned until July 29th. Was there a bit of stockpiling going on beforehand?

In March of 2012, Obama was overheard whispering to Russian President Dmitry Medvedev about plans to pursue another round of reductions of our stockpiles of nuclear weapons and the halt of a European missile defense shield. At the end of the meeting, the two leaders’ conversation were caught on a “hot mic”

Obama: “On all these issues, but particularly missile defense, this, this can be solved, but it’s important for him (Putin) to give me space.” Medvedev: “Yeah, I understand. I understand your message about space. Space for you …”

Obama: “This is my last election. After my election, I have more flexibility. Medvedev: “I understand. I will transmit this information to Vladimir.”