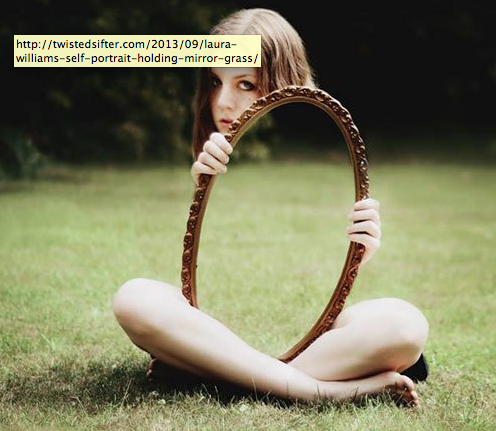 Feminists are out in full force with their vicious attacks toward conservative women.

Sarah Silverman, Amy Glass, Lizz Winstead, and Laura Levite are all presumably Jewish women (obviously non-practicing) who share the devils tent and should have learned from their grandparents that hate and anger against religious beliefs leads to very dangerous territory. My recent post about Anne Frank is adequate evidence. Wendy Davis, self-proclaimed Christian Queen of Abortion, is a laughable oxymoron.

January 22nd marked the 41st anniversary of the infamous US Supreme Court Roe v. Wade decision, which in effect legalized abortion-on-demand nationwide and is better described as America’s national holocaust. When Hitlers Third Reich was at its peak, the abortion rate was 40%. Shockingly, America’s abortion rate today is right at 40%. In fact, statistically the most dangerous place to be right now is in a mothers womb.

To feminists, the word vagina is shouted in their cheerleading routines as if the word were their “football.”  Misguided liberal women believe conservative women are intent on a “Hail Mary Pass” to prevent them from ever receiving contraception, when in fact that is farthest from the truth.  If these vile female creatures decide not to procreate, it would be a huge win for the game of life. What concerns conservative women is to be tackled, penalized and forced to pay for contraceptives and abortions that contribute to the genocide and violate their religious beliefs. At the end of the season, all those fumbled “football” passes add up and God fearing women do not want to share in the victory party at the Super Bowl of Hell.

Speaking of Hell, Ms. Wendy Davis, a Democrat candidate for Texas governor, famous for her 11-hour filibuster supporting late-term abortions after 20 weeks, and the official “pin-up girl” for the abortion business, gave up two children by different fathers to advance her career. It recently came to light Ms. Davis “enhanced” stories about her past as a single mother to create a more marketable image for her “Pity Me I’m a Woman” campaign. “Hall of Framers” Hillary Clinton and Nancy Pelosi must be proud of their Pro-Choice protege. High Priestess Pelosi profoundly reflected, “It’s so hypocritical…(Republicans) don’t believe in government…except when it comes to the bedroom.” Hypocritical? What about a Roman Catholic who supports abortion?

Feminazi Ms. Sarah Silverman’s blasphemous best is seen in a new pro-abortion public service announcement:  Silverman claims Jesus called her to spread his message to the people, that he is bummed by all the people who use his name for intolerance and oppression. This false Jesus smiles and spews, “I’m Jesus F-ing Christ.” The video gets especially satanic when her make-believe Jesus brings Silverman to a fake orgasm and tells her she is a “good little Jewish girl.” Ms. Silverman should confer with her local Rabbi and see if he agrees with her interpretation of the Bible.

Ms. Amy Glass, another progressive American culture destroyer, does not worry about abortion, she would prefer that women not have children at all. She recently wrote an article entitled “I Look Down On Young Women With Husbands And Kids And I’m Not Sorry”  How can Amy not acknowledge that she herself would not be alive today if her mother and father had not desired to procreate? Amy’s statement that “You will never have the time, energy, freedom or mobility to be exceptional if you have a husband and kids,” is revealing. Amy selfishly believes that backpacking on your own throughout Asia is the preferred route to becoming exceptional. What? Sleeping in a tent alone, with exotic bugs crawling up my sleeping bag would not make me feel exceptional. Exceptional to me means sleeping in a nice soft bed nestled next to my husband, or while attending church and thanking God for entrusting me with the stewardship of two wonderful children who will never allow the Amy’s of the world to turn America into an immoral, androgynous society.

Ms. Lizz Winstead, another putrid pundit was recently on MSNBC stating that conservative women beat the drum of repression because their sex lives are so miserable. I think that Ms. Winstead is misinformed. She should exercise her journalistic duty and report the facts; that the majority of men on earth prefer pretty, good- hearted conservative women over antagonistic, neutered, hairy underarmed, “plain Janes”, and then decide who is really in charge of the Department of Sex.

Ms. Laura Levite, seemingly aspiring to become the head cheerleader of the “Foul Five” made sure to get her name and cause in the spotlight with her rebuttal of Cathy McMorris Rodgers Republican speech after the State of the Union Address. Ms. Levite sent out a rash of  particularly demonically charged tweets. Her two best examples of sluttiness were, “I want to rip out the uterus of that pro- life C*** Cathy McMorris Rodgers and eat it so I can see the surprised look on her frigid face.” Ms. Levite goes on to tweet, “Dear God, please bring CathyMcMorris to your home. I’m gonna pray now, thank you.”

In Revelations 2: 20-23, the Bible warns; “Nevertheless, I have this against you: You tolerate that woman Jezebel, who call herself a prophetess. By her teaching she misleads my servants into sexual immorality and the eating of food sacrifices to idols. I have given her time to repent of her immorality, but she is unwilling. So I will cast her on a bed of suffering, and I will make those who commit adultery with her suffer intensely, unless they repent of her ways. I will strike her children dead. Then all the churches will know that I am he who searches hearts and minds, and I will repay each of you according to your deeds.” Revelation 18:4 also warns, “Come out of her my people, lest you share in her sins, and lest you receive her plagues.”

So who is Jezebel? Jezebel’s story is told in the two Books of Kings. She was the Phoenician wife of King Ahab of Israel, her marriage a political alliance that provided Israel with military protection, access to Phoenician ports and important trade routes. Ahab’s God was Yahweh, hers was Baal, a worship rooted in sensuality involving ritualistic prostitution in the temples and at times requiring human sacrifice, usually the firstborn of the one making the sacrifice. Jezebel’s threat to eliminate Israels faithful servants of God became so great that the prophet Elijah summoned her followers to a tournament on Mt. Carmel to determine which Deity was supreme. They both were to offer sacrifices and wait to see if Baal or the Lord would light a fire. The worshippers of Baal proceeded to cut themselves and perform pagan rituals with ecstatic cries of frenzy while dancing around their alter. It was Elijah’s single plea to God that is ultimately answered. After winning the contest, Elijah declares “Seize the prophets and of Baal, let not a single one of them get away.” When Jezebel learns that Baal is defeated and that Yahweh is the undisputed master of the universe and her prophets are dead, her prideful and rebellious spirit refuses to repent…instead she declares herself Elijah’s equal and that he should fear for his life. (1Kings 18- 21)

After other misdeeds and lies, and when Jehu is crowned King of Israel, Elisha orders revenge on Jezebel and the blood of the Lords servants. Jehu instructs Jezebels servant to throw her out the window; “So they threw her down, and some of her blood spattered the wall and the horses as they trampled her underfoot.” Jezebel’s body was left in the street and Jehu commanded her to be buried, “But when they went out to bury her, they found nothing but her skull, her feet, and her hands.” It was just as the Lord had spoken through Elijah; “Jezebels body will be like refuse on the ground in the plot at Jezreel, so that no one will be able to say, “This is Jezebel.” (2Kings:9 )

The Jezebel spirit we are witnessing today is born out of rebellion and witchcraft. It is an evil spirit; nasty, jealous, indifferent, arrogant, and in constant need of recognition, praise and power. The Jezebel spirit seeks to denigrate men and divest them of their authority. Jezebel’s are callous, controlling, manipulative, deceitful, materialistic, demonic and refuse to take blame or responsibility for their actions. They distort, lie and harass.They are spoiled narcissists bent on self-worship whose bile bitterness rots their souls from the inside out.

The mirror of the soul is reflected in ones actions. Conservative women will continue to strive to reflect the image of God and trample the Jezebel spirit. “But we all, with unveiled face, beholding as in a mirror the glory of the Lord, are being transformed into the same image from glory to glory, just as from the Lord, the Spirit.” (2 Corinthians 3:18)

May God continue to bless and provide conservative women with a steady supply of Prince Charmings, men who adoringly appreciate their selfless affection and love.

Theocracy, a Christian metal band that was founded in Athens, Georgia produced an album titled,  “Mirror of Souls.” Their three Movements    #1   #2  and #3  are extremely powerful and a great emotional listen for both young and old. Enjoy!

5 comments on “Mirror Mirror on the Wall, Who is the Most Evil Jezebel of Them All?”