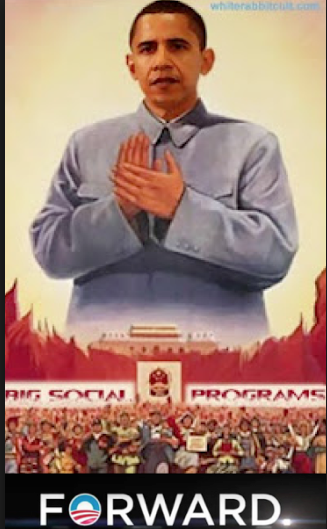 Soon millions of citizens across the United States of America will be gathering together to celebrate the Fourth of July, the day that commemorates the adoption of the Declaration of Independence on July 4, 1776, which declared our independence from the Kingdom of Great Britain, now known as the United Kingdom.

It is interesting to note that John Adams and Thomas Jefferson, the only signers of the Declaration of Independence who would later serve as Presidents of the United States, both died on July 4, 1826, which happened to be the 50th anniversary of the Declaration! Another founding father, James Monroe died on July 4, 1831, the third President in a row who died on that memorable day! Did God want them to celebrate their good works for him with a spectacular firework’s display in Heaven?

The Fourth has always been a day to celebrate freedom and to freely express the fundamental ideas that formed our great nation, ideas that pay “decent respect to the opinions of mankind” and appeal to “the Laws of Nature and of Nature’s God.” Self-Evident truths such as human equality and certain unalienable rights as our right to own property, rights “Endowed by their Creator” and that transcend the ability of any government to destroy them. Why was the term “unalienable” used instead of “inalienable”… because “inalienable” rights are subject to changes in law and “unalienable” are not! Ayn Rand summarized the importance of property rights best when saying, “ The modern mystics of muscle who offer you the fraudulent alternative of “human rights” versus “property rights,” as if one could exist without the other, are making a last, grotesque attempt to revive the doctrine of soul versus body. Only a ghost can exist without material property; only a slave can work with no right to the product of his effort.” America’s Constitutionally protected property rights were designed to give the federal government only limited powers over property, and the states would be the primary protectors and regulators of property.

On June 23-27, 2014, the first ever United Nations Environment Assembly took place in Africa, the goal….to be the custodians of the global environment and to finalize the design of a universal set of Sustainable Development Goals. Who will be in charge of this sustainability campaign…the High Level Political Forum, a new global regime set up just for that purpose…yes, a regime that will be telling each and every American what they can and cannot do with their property. This eco-imperialism will result in the fundamental change of the American way of life forever. To help “forward” these global goals, Michael Bloomberg has been appointed by Ban Ki-moon, Secretary-General of the United Nations to be the U.N.’s special “Envoy for Cities and Climate Change,” and is preparing to announce an “ambitious” commitment on September 23rd at the U.N.Climate Summit in New York. Bloomberg had been serving as President of the Board of the C40 Climate Leadership Group, a network of large cities located around the world that are committed to implementing meaningful and “sustainable” climate-related local actions. At this link you will see how a dozen USA cities are pushing for urbanization that will help usher in the New World Order.

Rosa Koire, a self-professed, liberal, feminist, Democrat has seen the light in her own state of California and has been working tirelessly to expose ICLEI, the policy arm for Agenda 21 and the entire climate-gate movement. This 53 minute Youtube interview will leave you speechless, as you listen to her describe the eco-sustainability-tsunami taking place right here in America. According to Rosa, “top down” plans are being drawn up by international groups and the Global corporatocracy which includes; the media, non-profits and the politicians influenced by them, state assemblies and Universities, to move the population to “high density” “transit villages” and level the economy. These globalists want to “harmonize” laws, open up the borders, reduce wages and property rights and be able to manage and surveil the population more easily. Some of the ways they hope to accomplish this is by placing restrictions on rural land use by penalizing well water and energy usage (the reason for Smart Meters) and by charging a travel tax and annual “Carbon Footprint” tax (the reason for climate-gate). All this Draconian environmental legislation will eventually force the population out of the rural areas into “preferred” urbanized centers thus giving the Corporatists a captive work force, less restriction, bountiful data collection sharing abilities and new markets.

Regionalization is the last important step to Globalization and a world run by elite, totalitarian fascists, like the central banks that are now secretly buying up the World’s Corporations. Vladimir Lenin described it well, “Fascism is capitalism in decay.”

History demonstrates that all societies run by totalitarian governments experience severe environmental degradation where there is little or no private property and a misuse of resources. In 1958, Mao Zedong, founder of the People’s Republic of China, launched a plan, known as the Great Leap Forward to change China from a predominantly agrarian (farming) society to a modern urbanized industrial society. Agricultural collectives were organized into larger cooperative communities, so that the peasants could work on massive infrastructure projects and the small-scale production of iron and steel to build urban cities. Mao then ordered the peasants to send most of their harvest to the urban areas. Compounded by a drought, floods, and unproven agricultural techniques that were being enforced by the government, the rural peasants were left with not enough to eat. Millions starved to death in the largest famine in history. Once the urban areas were established, Mao’s “Cultural Revolution” was launched in 1966. Schools in China were closed and the young intellectuals who were living in the cities were ordered to the countryside to be “re-educated” by the peasants who made them perform hard labor and other work. The so-called Cultural Revolution destroyed much of China’s traditional cultural heritage and created economic and social chaos in the country. Millions more perished.

While grilling those dogs and burgers on the Fourth …here is some food for thought. Does “unproven agricultural techniques” sound familiar? Today, more than 54% of the American crops contain GMOs or “genetically modified organism” and approximately 70% of processed foods contain at least one genetically modified ingredient. At this link you will find 65 health risks associated with agriculturally irresponsible GMO foods. Will the thousands of illegal aliens pouring through our borders provide fascist corporate America with the “peasants” necessary to mind the fields while everyone else is being herded into the cities? Does the current push by Kerry and Obama to control our oceans mean another hit to our food supply and a further weakening of our economy? Will climate-gate hasten the New World Order? Should Mao’s Cultural Revolution remind us of the implementation of Common Core, an educational system being used to indoctrinate our children into the Marxist mind set! Does Mao’s Great Leap Forward remind us of Obama’s slogan FORWARD and a determined Marxist move FORWARD past capitalism and into socialism and communism? Once urbanization has taken place, will social chaos erupt when the environmentally controlled food supply is shut off, resulting in unprecedented famine? Will the Constitution then be discarded in favor of a military, despotic form of government?

James Monroe said, “National honor is the national property of the highest value.”

It is time to take our property back in all its forms!