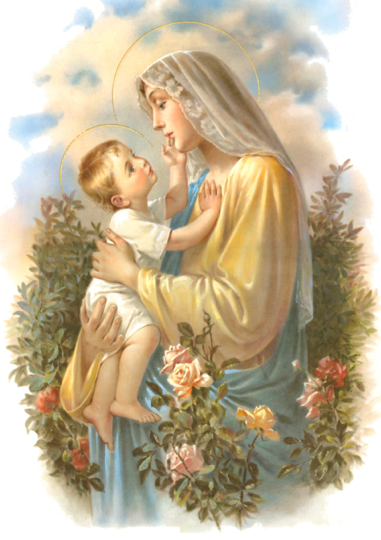 Conservative women who pray in front of Planned Parenthood facilities are now considered to be domestic terrorists. That title sure does have a much more glamorous ring to it than “domestic housewife” does, so I will be sure to embroider “DT” onto my aprons from now on!  Hopefully my real life role as a Domestic Terrorist housewife will adequately prepare me for a large part in the next James Bond spy flick…the pay would certainly be a whole lot better than my role as a domestic housewife!

Learning about guns and ammunition is very useful now in “Obama World” and can even lead to a new hobby; personalizing guns with Swarovski crystals. A sparkly gun makes a wonderful addition to any nightstand and offers so much more comfort than a fluffy white poodle at the end of a bed.

Travel for a Domestic Terrorist mother is full of intrigue.  Vacations are spent trying to find areas suitable for a refuge where police departments have not yet been given dozens of armored vehicles that shoot at Domestic Terrorist mothers just because their car may accidentally ramrod one of their flimsy police barricades. Domestic Terrorist mothers make good investigative photographers; they take photo’s of FEMA camps and ugly black plastic coffins that are visually unpleasing, but are a necessary part of the decision making when deciding on re-locating to a suitable future refuge for their family.  Once finding out there are very few places left to live in the USA where the government has not totally intruded on your rights as a citizen of the United States, Domestic Terrorist mothers become modern day explorers and seek new horizons offshore, hoping not to someday share the same monkey infested island with a bunch of American politician banana heads who have hidden their vast bank accounts on the same island.

Becoming a Domestic Terrorist mother is a great way to expose Common Core, a code name for reeducation camps, which have been designed to brainwash and completely destroy individual thought. Common Core makes sure that the core learning of science, history, math, reading and writing are done in a common or “communal communist way,” a taxpayer paid propaganda program meant to brainwash our children with  Afro-centric, Islam-centric, eco-centric, Marxist-centric, ideology. These are education camps run by homosexual Arne Duncan who salaciously promotes the lewd and lascivious behavior of the LGBT community. It is at these same education camps where drugs are freely prescribed, forever changing the lives of millions of students, many brilliant minds being destroyed and deprived of their creative genius. Domestic Terrorist mothers will provide very helpful information in the future when monitoring for false flag events at these indoctrination camps and will provide very useful information to all parents when investigating where their particular education camp is busing their children during “evacuation drills,” when children are bussed to undisclosed locations without the permission of parents.

Domestic Terrorist mothers are good food and water hoarders and are busily preparing for their storage in the event of a shortage for any reason. Domestic Terrorist mothers know that the government has been storing their own food in under ground tunnels for years now …and that there is a “Doomsday Seed Vault” in the Arctic.  On the God-forsaken island of Svalbard, Bill Gates along with the Rockefeller Foundation, Monsanto Corporation, Syngenta Foundation and the government of Norway, among others, have invested millions “so that crop diversity can be conserved for the future.” Here is an extremely alarming ARTICLE  on that subject that every Domestic Terrorist mother should read.

Domestic Terrorist mothers are good purveyors of conservative information. Patriotic bumper stickers, T-shirts, copies of the Constitution and flags help remind ignorant Americans that their heritage stems from American Framers like George Washington and Thomas Jefferson and not some Islamic Iman from a Michigan Mosque who whines every time God or the Constitution is mentioned. Domestic Terrorist mothers will never let Sharia Law become valid in the United States and the Hajib head scarf will never become an acceptable form of clothing because of its symbolic suppression of Islamic women and unacceptable selling of young Muslim girls to the sex slave market.

Domestic Terrorist mothers profess a strong allegiance to Christ and an abhorrence to any religion that does not respect and honor the Ten Commandments and God. Domestic Terrorist mothers proudly wear their crosses, carry their bibles and openly praise God while being attacked by the DHS and IRS, just two of the many government agencies that are nothing more than fronts for the Barack Hussein Obama/Valerie Jarrett, Muslim Communist mobster regime.

On this Mother’s Day, see if you too are a Domestic Terrorist mother by looking at this LIST of 72 types of Americans who are considered to be potential terrorists.

If you feel you have the qualifications to become a Domestic Terrorist mother, then join the millions of other mothers who feel the same way you do….and wear that Domestic Terrorist badge on your sleeve proudly. Your children will love you for it.